In January 2018, our self-funded HER Planet Earth team of six women from Asia, Europe, Africa and North America successfully claimed the first ascent of two unnamed mountains, the first female ascent of one peak and established several new routes in the Larson Valley, nested in Antarctica’s Heritage Range, Ellsworth Mountains. As a result of this pioneering feat, we have decided to name the first summit ‘Mount Gaia’ - ‘Gaia' is ancient Greek for the Goddess Earth and the second summit ‘Mount Malala’ in honour of the Nobel Peace prize winner, Malala Yousafzai, who embodies courage and women empowerment in the face of injustice.
​
The team wants to continue to highlight the importance of climate change and the urgency of preserving Antarctica for generations to come. As part of this specific campaign, the women aimed to raise awareness and funds for underprivileged women affected by climate change in support of the United Nations' Women Lead Climate Action programmes that empower and educate underprivileged  women in the Asia region and engage them in environmental issues and conservation activities, ultimately helping them build longer-term climate change resilience. The first country on the agenda for this programme is Cambodia, but the idea is to extend it to other developing nations in the region.
Why Antarctica?
​Antarctica is a powerful symbol of the struggle for environment conservation because it is also fighting for its own survival. In fact, Antarctica, the world’s largest desert which is 98% covered in ice, suffered a major setback this past July 2017 as satellite data confirmed that a trillion-tonne, 5,800 sq km iceberg the size of Luxembourg had broken off from the Larsen C ice shelf and was now adrift in the Weddell Sea. Furthermore, since 2014, researchers at the University of California at Irvine and NASA's Jet Propulsion Laboratory have shown that the melt-rate of glaciers in the fastest-melting part of Antarctica has tripled over the past decade. Today, scientists project that the long-term result could be to raise global sea levels by 10 centimetres, or almost four inches. Undeniably, this would be devastating for our planet. 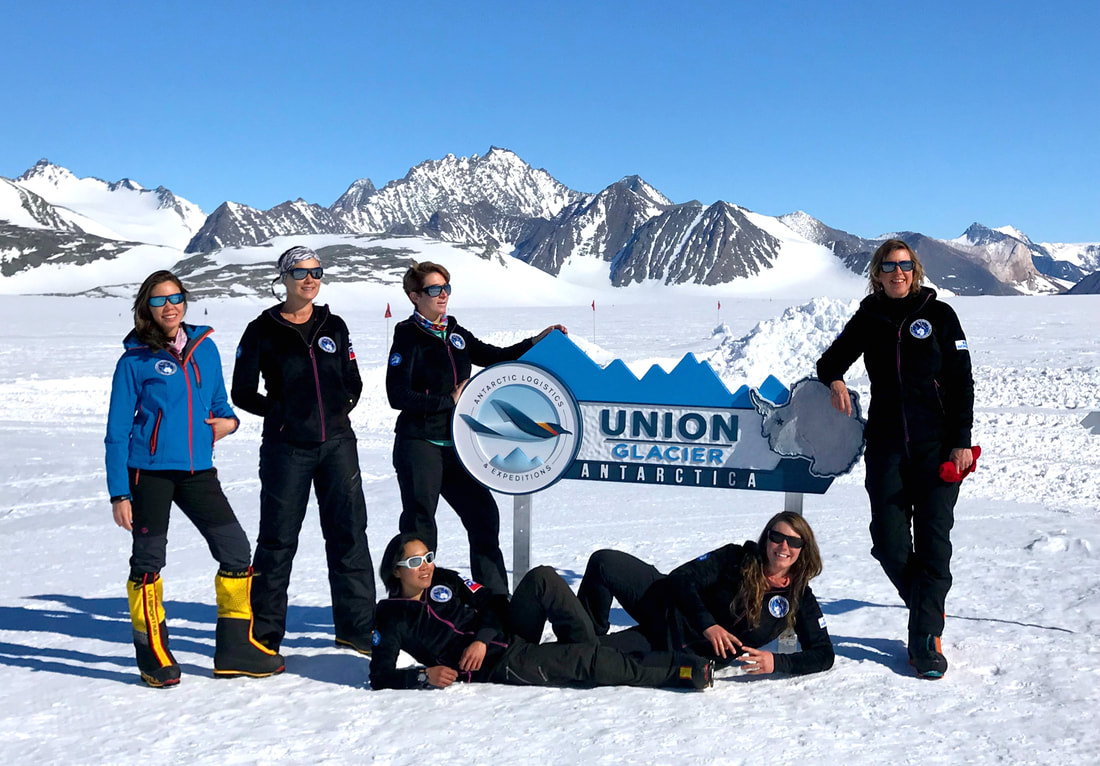 The team’s journey began in Punta Arenas, Chile in South America, where they met their expedition guides. Next, they flew to Antarctica and landed at Union Glacier, a full-service private camp operated by Expedition Company ALE (or Antarctic Logistics & Expeditions). ALE is the most experienced deep field tour operator in Antarctica, providing a wide range of guided experiences and logistical support for tourists, independent expeditions and governmental research programmes.

The opportunity for exploration was endless and the team experienced a challenging few weeks with a mix of moderate to hard technical climbing, and long tiring days of hiking and navigating around crevasses on multiple glaciers. At times, we encountered unpredictable weather, with icy winds and low clouds forcing us to turn around on several occasions, but on the days we were able to summit, the sense of achievement and joy was indescribable. Ultimately, it was one of the most extraordinary expeditions of our lives, and after this pioneering journey, we are more than ever committed to doing our utmost to preserve our beautiful planet and empower underprivileged women to thrive in the face of climate change. 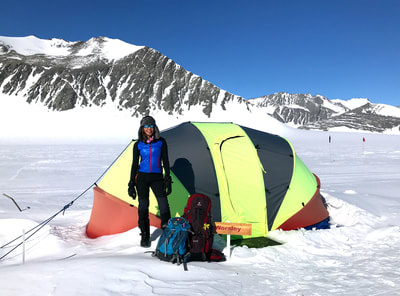 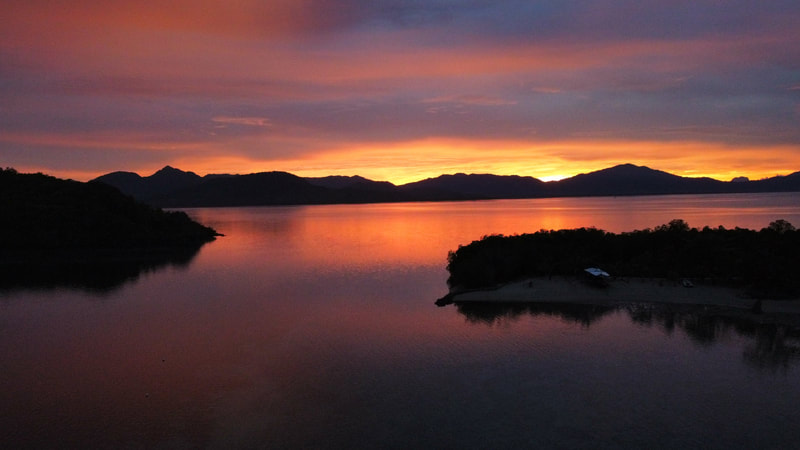 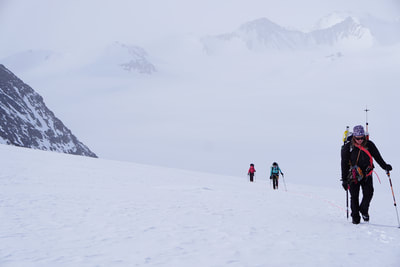 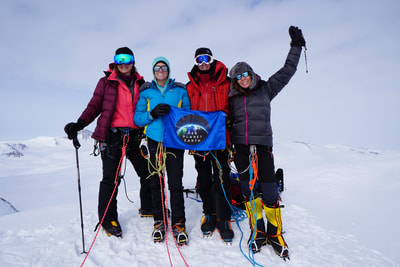 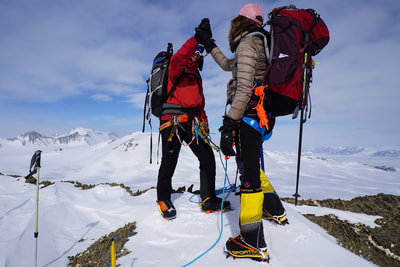 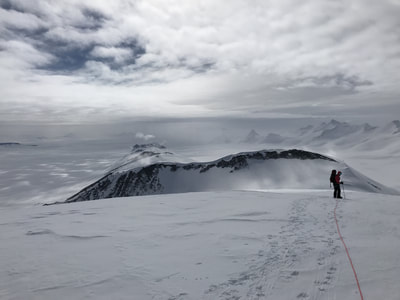 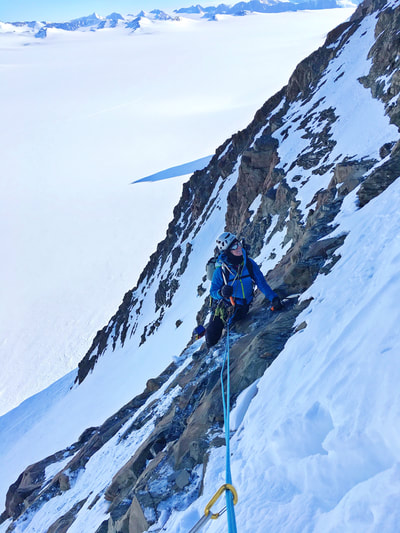 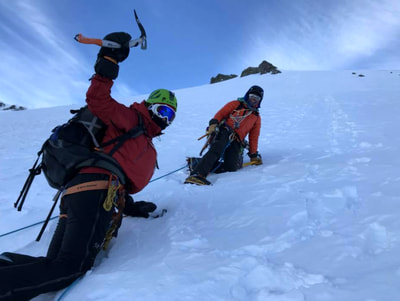 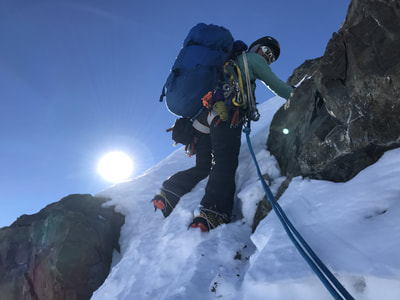 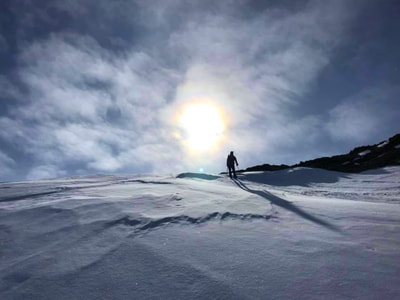 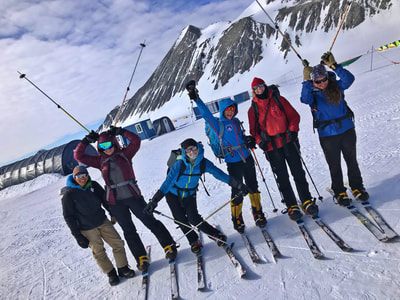 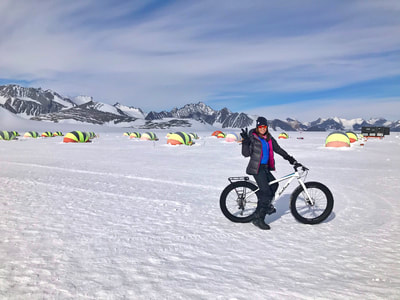 An Expedition in Support of Women in Need
Our added objective was to raise money for the United Nations' #WomenLeadClimateAction programmes that empower and educate underprivileged women and engage them in environmental issues and conservation activities via these three key pillars:
​

#WomenLeadClimateAction, part of the UN's Sustainable Development Goals, is informed by the understanding that women are not simply potential victims experiencing vulnerability, but have agency and capacity, which need to be nurtured and enhanced with access to resources and technologies. With the focus on Leaving No One Behind the UN's projects seeks to learn from women’s adaptive strategies and coping mechanisms to climate change to further expand options for women to build longer-term climate change resilience.

This requires a deeper analysis of the vulnerabilities different rural women face and prioritising the most vulnerable and marginalised women, such as women with disabilities, women from indigenous communities and survivors of violence. Rural women’s livelihood strategies demonstrate that they are already adapting to climate change often with limited means and choices at their disposal. Indeed, analysis reflects that women and communities have employed numerous adaptation strategies, even if these are often necessarily oriented towards responding to the immediate effects of climate hazards. The challenge, which this project seeks to address, is to empower women to build longer-term resilience to climate change while addressing gender inequalities.

​
The Theory of Change of  #WomenLeadClimateAction

If we ensure that policies, plans and budgets are gender responsive, build spaces and capacity for women’s leadership and develop women’s technical skills for climate-smart livelihoods then rural communities will be more climate resilient because women are economically empowered. 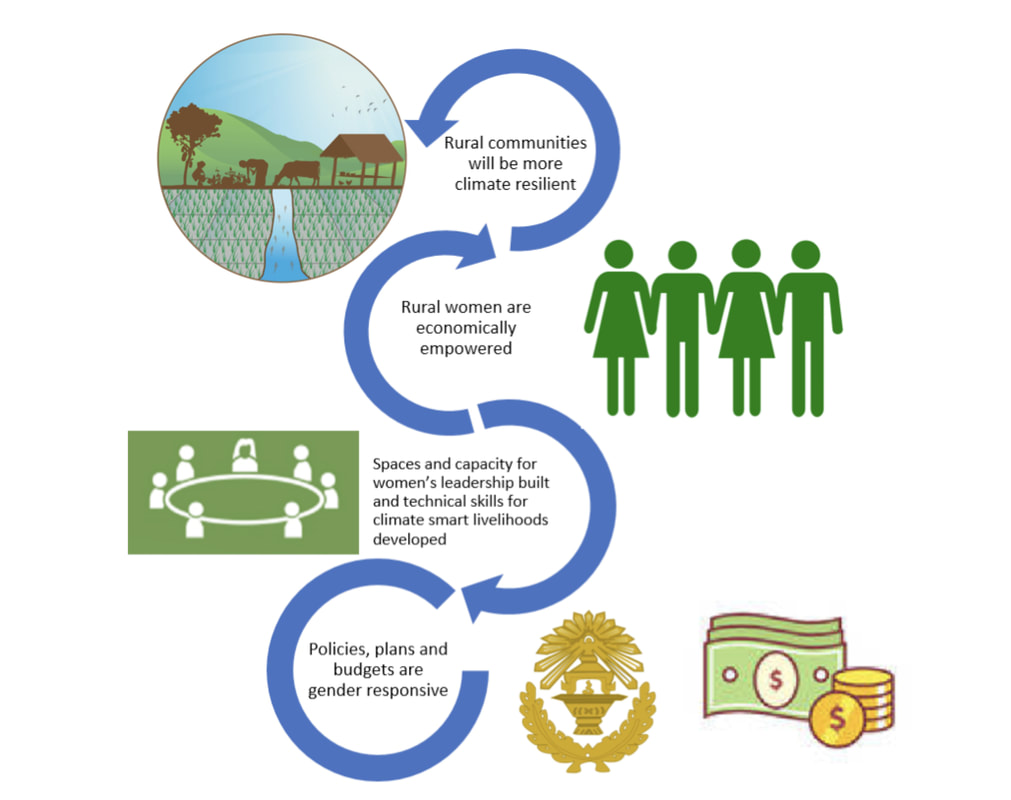 The first country on the agenda for this programme is Cambodia, but the idea is to extend it to other developing nations in the region.

HER Planet Earth is a global women’s advocacy movement that promotes a deeper connection between female empowerment and the integrity of the environment.